When Jeremy Lollar started working for the town of Westfield as a street worker in 2005, he never expected to become the town’s chief of staff. He started this role in March.

However, Lollar’s unique history with the city — encompassing everything from street work to selling city utilities in 2014 — has prepared him well for the responsibilities that come with his new position, such as assisting with the process RFP for potential sale. of the Great Park.

Lollar said when he joined the then-city staff in 2005, his goal was to get his foot in the door of the utility industry.

“Westfield at the time was a very utility-centric organization,” said Lollar, a resident of Lebanon. “The city owned the water and sewage utilities, and that was the main source of revenue, and later (it became) the main focus of the public works department.”

Six months after becoming a street worker, Lollar was promoted to service technician.

“It was a good step up, again going into the main business unit of the public works department, which was the utility,” Lollar said.

Over the next several years, Lollar was promoted to water treatment plant operations, then to water supervisor, then to utility superintendent. In this role, he was involved in the sale of utilities in 2014, when the City of Westfield sold its water and wastewater utilities to Citizens Energy Group for approximately $40 million.

“That’s the position I stayed in until and during the utility sale,” Lollar said. “With the utility sale transaction, I oversaw the transfer of water and wastewater operations.”

“Our business model was changing,” Lollar said. “Our utility is gone and we got a new economic engine with the launch of Grand Park.”

When Alexander became superintendent of Grand Park, Mayor Andy Cook appointed Lollar as director of public works. He remained in this position from 2015 until March this year, when he was appointed chief of staff.

Lollar took a brief hiatus from work for the city in 2018.

“In 2018, I was offered and accepted a position with a private company as the Land Development Manager for Pulte,” Lollar said.

Lollar remained in that position for five months until Cook asked him if he would be interested in returning to his old position. Lollar agreed.

“I never dreamed I would be here this long,” Lollar said. “I was considering coming here and working for a decade and finding opportunities for advancement elsewhere. I was lucky that since I started there has always been a door open for me. I think it’s the last.”

“I’m the supervisor of it, but it’s also an opportunity for the city to create what could be our next ‘utility sale’ for a product perspective,” Lollar said. “My passion has always been to make Westfield a better and as good a place as possible, whether through quality drinking water and reliable service or great customer service or improving our transportation network , our parks system and our trail systems.

Lollar lives in Lebanon with his wife, Jessica, and their two teenage daughters. In his spare time, he enjoys attending his daughters’ sporting events, playing golf and spending time at a lakeside cabin in Greencastle. 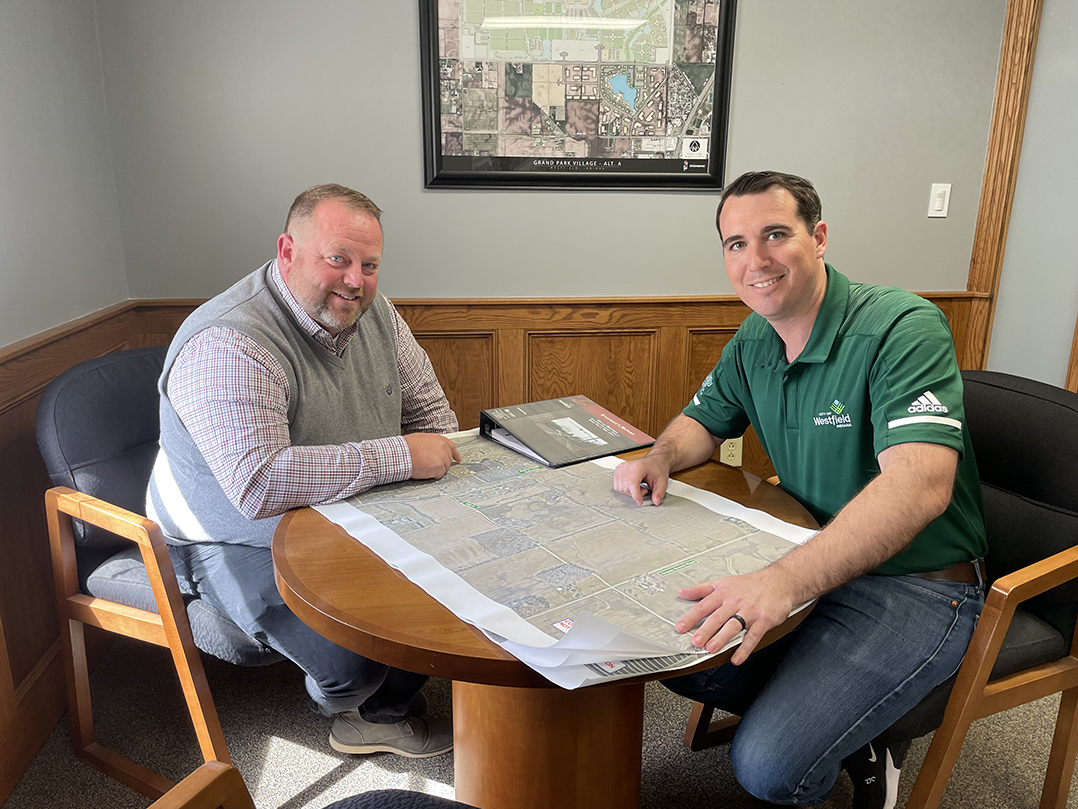 Johnathon Nail began his career at the Town of Westfield as a Municipal Engineer in 2018. His first day was Jeremy Lollar’s last day as Director of Public Works before Lollar left for five months to work for Pulte Homes .

From now on, they will work even more together since Nail has been appointed to Lollar’s former position as Director of Public Works.

Nail said the promotion was not planned and he was surprised to learn of former chief of staff Todd Burtron’s retirement earlier this year. However, he said his experience as a municipal engineer will be beneficial in his new position.

“The City Engineer position works more closely with that (public works) manager on budgeting, especially because the City Engineer is responsible for some of these large-scale construction projects that we do in the city,” Nail said. “I think this role is a more natural choice to become a director. Jeremy has already done a great job as director. I was certainly happy to take on the challenge and do whatever I could to help the city as a whole.

“A lot of people in the city are really happy with Jeremy and the work he’s done. I’m looking forward to continuing on this path and the growth path we have at Westfield.”